It’s the summer holidays! You’ve got six glorious weeks off from whip-cracking teachers and piles of stinking homework! But what are you going to do with them? You and your mates don’t have to let your geekhood slide; there are plenty of things for geeks to do that don’t have to break the bank and can show you a darned good time. 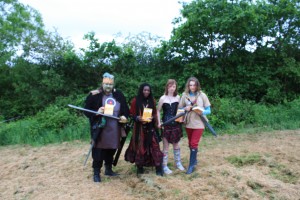 1)    LARPing. What? What the hell is LARPing? LARP stands for Live Action Role Play and it’s something I wanted to do in my teens, but the only place they had it back then was in Nottingham and I couldn’t afford to get there. But! Years later, when I was thinking about the story for Geekhood: Mission Improbable, I remembered it and hunted down a local group. And, I can tell you from first-hand experience: it delivers. It’s got to be one of the top things for geeks to do.

Think about living your favourite RPG for a weekend; it’s not all swords and sorcery – there are sci-fi LARPs, SteamPunk LARPs and even Harry Potter LARPs. Google LARPing in your area and see what’s on offer. Although the sites will probably show you people in elaborate costumes, most LARPs are fine with home-cobbled outfits, so get creative. On top of that, they’re incredibly friendly people and welcome newbies with open arms. They would; they’re geeks.

Don’t worry about the rules systems; they’re pretty easy to pick up. Some are day events, some are camping weekends and while there might be an entrance fee, they’re usually pretty cheap. Plus they’re all outdoors. Or in castles. Or caves. But not on a computer monitor.

Top tip: if you’re doing a swords and sorcery LARP, you can make your own weapons from the NERF range of swords and axes. LARP weapons have to be ‘game-safe’ and they fit all the criteria. Bust out your paints and get creative. 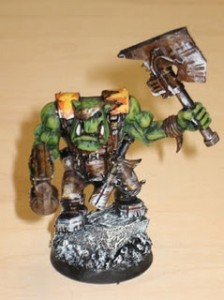 2)    Get gaming. RPGs and TTG wargames are some of the most popular things for geeks to do – but – if you’ve never done them before, it can all look a bit daunting; aside from the games themselves, there’s the wacky world of miniature-painting to get stuck into. But if you don’t know how, you might be a bit put off.

Don’t be! Games Workshop stores do free painting and gaming sessions; just turn up and let them know you want to try it out. The staff will give you a basic intro into painting and get you rolling dice in no time. It’s great fun ad ridiculously social; the huge gaming community is full of people who just want to chat, share their enthusiasm and take your army apart on a gaming table. 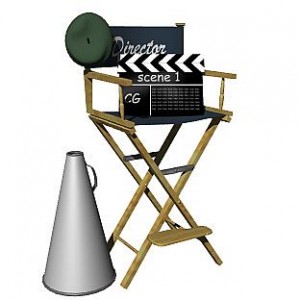 3)    Make a movie. OK…bear with me. Chances are you’ve got an iPad or a laptop. If you have, then all you need is some animation software. Probably the easiest to get hold of it from SAM Animation – and it’s free! Have a link on the house.

If you’ve got an iPad, you’re ready to go. If you’re on a laptop, it’s best to get an external webcam – which you can pick up for a couple of quid. Get some lighting together (lights and torches), choose your setting and then it’s time to cast your actors. Mine all happened to be either Plasticene or Lego minifigs. And that’s it: lights, camera – action! You can then stick your mini-blockbuster up on YouTube – which is also a good place to see how other people have done theirs. 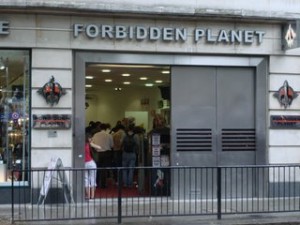 4)    Go to Forbidden Planet. If you don’t know what it is, then check this link and find your nearest one. This is probably one of the more expensive things for geeks to do, because these places are Meccas for memorabilia, comics, DVDs and practically anything you could ever want. Pack some cash; you’ll need it.

But, if your local FP is too far to travel, then check out your local independent comic shops; memorabilia is big business these days and there’s always something worth a gander. And who wouldn’t want to spend an hour or two nosing through the adventures of their favourite heroes? (Hulk or Batman for me, BTW) 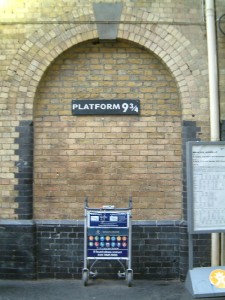 5)    Chances are, you know your films. You’ve probably got a few favourites up your sleeve. Wouldn’t it be cool if you could get a photo of yourself on the spot where the guy with the pointy ears said that thing to the guy without any? Searching for and visiting movie locations is one of the new wave of things for geeks to do; not all movies are shot in the States or in studios; the UK has got some of the best locations in the world, used for some of the best movies.

This link is a location-finder, so you can search out what was filmed and where, in your area. Pack a camera and maybe mock-up a costume and take your part in cinema history.

Any other Geeky adventures you can think of? Drop me a comment below!