As an author, I’ve been consistently humbled by the entirely altruistic support offered-up bloggers. Those lovely folk are always creating posts about us and creating awards for us, which found me asking the question in the Autumn of 2014: are there any awards for UKYA bloggers?

Without wishing to steal anyone’s thunder, I’ve recently found that there are a few campaigns underway – most notably from http://daydreamersthoughts.co.uk/  This awards thing is in no way meant to undermine or invalidate what’s being done by her or anyone else – it’s simply a case of two people having the same idea at roughly the same time. However, what really got me scratching my head was that, once again, it seemed down to the bloggers to redress the balance and vote for each other.

My plan was to create an awards ceremony that, bar one category, has been voted on entirely by people working within the industry; publishers, authors and publicists – but not bloggers. What I wanted was for bloggers to feel as validated as they make authors and publishers feel and I wanted it to work the way that awards work for authors: awards are announced and you suddenly find yourself in the sweaty, put pleasurable position of being on a long list or a short list.

The Story so Far…

I dropped Malorie Blackman a line to press her for her thoughts, which were wonderfully supportive. Next up was to contact authors, publicists and publishers to see how they felt about it. The response was uniformly positive; everyone has been happy to give up some time to help me get this thing off the starting blocks. It seemed as though the industry has been waiting for something like this – all it needed was some numskull to get the ball rolling… 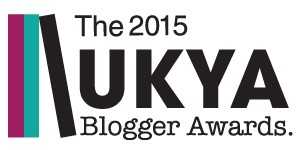 Since September, there have been a ton of emails flying around. Industry folk have contributed ideas, voted and helped me out immensely; while I might have started the machine up, since the first emails flew out, it’s been a team, industry-based effort.

On a more serious note, this isn’t going to be perfect. I’ve never tried to get anything like this together, before, and as it’s my first go, I’m sure there will be a few mistakes to count up afterwards. Firstly, there may well be authors out there who didn’t get an opportunity to vote – all I can say is that I’ve tried my best to spread the word as far as possible. Secondly – and I think this is the most important point – this isn’t meant to be a divisive thing. When you’re an author and you’re suddenly pitted against others in some category or another, it’s always seemed to me to heighten the sense of camaraderie, rather than splinter it. I’m hoping that everyone will approach this in the same spirit; it’s a nod to ALL the hard-working, generous and passionate UKYA book bloggers out there, whether they’re on the short list or not. By the very nature of an awards thing, there are going to be those who are in the spotlight. There will be winners. But, there won’t be any losers: this is designed to be a celebration of you lovely bloggers, served-up with a side order of fun.

What I Can Tell you at the Moment

Here’s the website to watch: www.ukyabloggerawards.co.uk Over the next few days and weeks, the long list will be announced, followed by the shortlist. There’s also an opportunity for bloggers to vote on a particular category: the Blogger’s Blogger Award. 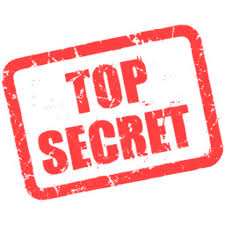 Soon – very soon – I’ll announce the venue, date and time and there will be an awards ceremony, with a superb range of prizes, sponsored by publishers, trophies, sponsored by a marketing company and, hopefully, some speeches. Invitations will be sent out to authors, publishers, press and, of course, the stars of the night: bloggers. On the night, the winners will be announced. I’d love as many people to come as possible, from every avenue of the industry, to show bloggers just how much they really are valued. If we get it right, it should be a great night and, with a bit of luck, it’ll become an official, annual event.

I think that covers it. If you do come along, it might be worth bringing a bottle or a cake – I haven’t quite managed to sort out catering for the night – but I’m still working on it.

The Wheels are Still Turning!

Finally: a huge thanks to everyone that’s got involved. What started out as a bit of an idealistic pipe-dream is coming together at a rate of knots and without the input and generosity of the publishers, publishers and authors, there’s no way this would ever have got off the ground.

I really, really hope to see you there.