Yes, I’m excited. Even as a fan of the beautiful giraffe, Matt Smith, I’m excited. Matt Smith was brilliant. He embodied young and old at the same time and managed that breakneck speed that seems to be the hallmark of New Who. Us Classic Whovians had the luxury of four-part episodes, each with their own appointed cliff-hanger. But, more than that, we got to spend more time with the Doctor. How’s having an older chap in the role going to change things? 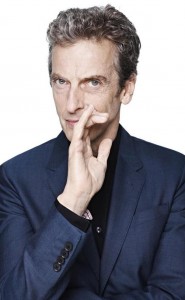 A Doctor Who needs Assistants

The simple answer is we’ll have to wait and see – but there are some things to think about. Peter Capaldi is the oldest actor to take the role since its originator, William Hartnell. Hartnell –  being a classic character actor – played the role a bit older than  his actual age, so we were faced with a cranky, irascible and – perhaps most importantly – physically weaker character than his subsequent incarnations. What did this do? It gave the assistants their chance to shine.

The current trend for assistants is for them to be some unfathomable part of a celestial puzzle; Clara was the Impossible Girl, Amy had that Crack in Time thing going on and even Rose had a whiff of the Bad Wolf about her. But – back in the old days, assistants were just ordinary folk; people who discovered their strengths although their weaknesses were highlighted through travelling with an intergalactic alien. These were the sorts of role you could play in the playground; if you didn’t get to be the Doctor, Harry or Sarah were a good second best – because you could relate to them.

Will They? Should They?

I’m not doubting Capaldi’s fitness, but it’d be nice to see a return to the Doctor’s brisk walk, rather than the manic run. If he’s anything like the Classic Doctors, then the 12th Doctor should be Brain Central; he’s the guy who thinks the Big Thoughts and his assistants can get to do the running around. It’s more of a team effort.

It also ought to put the mockers on that ‘Will they/won’t they’ thing. No; they won’t. Not yet, anyway. The Doctor is as sexless as much as he is ageless; it’s not about nookie. The whole ‘Lonely Angel’ stuff never bothered any of the other Doctors; they just got on with their inter-dimensional travelling and never batted an eyelid at their assistants. I, personally, would like to see a return to this; the Doctor is the eccentric voice of wisdom and, while it’s nice to pick up a bit on his needs and wants as an alien entity – that’s just what he is: an alien entity. I’m kind if hoping that the romantic aspect disappears and we’re left with a mysterious, enigmatic creature that transcends our human template.

Also, I quite fancy a Doctor who thinks a bit more. Both Smith’s and Tennant’s Doctors were wonderfully impulsive, but I can’t help but yearn for Baker’s sonorous pondering or Troughton’s drawn-out lightbulb moments. These were the times you bit your nails for; was he going to work it out or not? New Who is a bit quick-fix for my liking and the Doctor’s short-cut solutions and the numerous abilities of the sonic screwdriver have more than a whiff of the deus ex machine about them. Let’s have some head-scratching going on.

Capaldi. His track-record is superb; there’s no doubting he’s ‘got the chops’ as those pesky rock ‘n’ rollers like to say. And he looks a bit alien. And a bit ‘dark’. I like the look of him and I predict good things.

It’s time to take the Doctor home. Whenever that might be.

I wrote about my worst to best Doctors Who not long ago but here’s a link in case you fancy another look.  I wonder where Capaldi will fit into that list, when his time’s done?

2 thoughts on “The Twelfth Doctor”