With the summer holidays here, it’s the perfect time to pick up a book – but not those boring ones they make you read at school. You’ve got six weeks of not having to read Shakespeare or whatever’s on the syllabus; you can pick and choose your brain-fodder. For me, summer reading was – and still is – about leaving the Real World as far behind me as possible. With that in mind, I’ve compiled my Top 5 Books for Geeks. And no, I won’t be plugging mine…

1)    Lord of the Rings. As books for geeks go, this is the Big One. You’ve got six weeks, so you might as well give it a go. In a nutshell – and in case you’ve been living on another planet – it follows the adventures of two Hobbits who are trying to destroy the evil One Ring, before Sauron, the Bad Guy, gets his grubby hands on it. 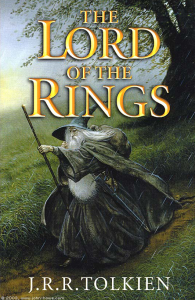 It’s got everything that you could want: swords and sorcery, monsters, heroes, villains, plus friendships and enmities that are beautifully depicted. The only thing that might put you off is the language; this is High Fantasy and, at times, the writing can seen a bit Biblical. But this is the story that spawned a whole myriad of fantasy books for geeks, all trying to replicate Tolkien’s mind-bending genius. 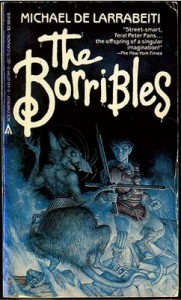 2)    The Borribles. One of the lesser known books for geeks, but a good ‘un. The Borribles is the first in a trilogy that charts the adventures of a bunch of Borribles. Borribles are kids that have fallen between the cracks in society, grown pointy ears and stopped aging; sort of like a bunch of Peter Pans.

But there’s nothing fluffy about this lot; they’re tough and vicious and a dead-shot with a catapult. It’s set in London, where the only real threat to the Borribles’ petty-thieving existence are giant, rat-like creatures: the Rumbles.

It’s funny, sweary and a bit dark, but has gained a cult following. I loved it. 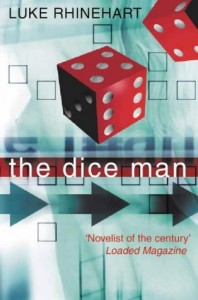 3)    The Dice Man. This was one of the first books for geeks that I read that I realised was pretty subversive. It’s for older readers and written like a journal. The premise is that, if there’s no such thing as chance and everything is predetermined, then even the roll of a die is fated to happen. Using this, the central figure, Dr Luke Rhinehart, decides to base every decision in his life on the roll of two dice.

As books for geeks go, it’s a bit sweary and sexy, but the idea behind it is so simple and brilliant that I pretty much guarantee you will be carrying a couple of dice in your pocket for a while after. I did. Which is why I ended up climbing out of the window in the middle of Mrs Hughes’ English class. Sorry, Mrs Hughes. The dice made me. 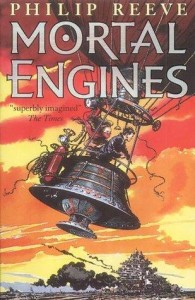 4)    Mortal Engines. I picked this up when I was just out of college and have been a slave to  the pen of Philip Reeve ever since; this guy knows how to write books for geeks and anyone with an imagination. Think entire cities that move around on tracks. Think a girl with a scarred-up face and a scarred-up soul. Think epic adventure that manages to keep a handle on human relationships, without ever dropping the ball.

In fact, think anything by this author and you’re in for a good ride. 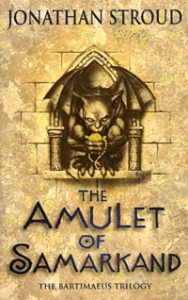 5)    The Amulet of Samarkand. The first of the Bartimaeus books and an influence in the Geekhood series, this is all about the tenuous relationship between a young sorcerer and general git, Nathaniel, and his arrogant, self-centred djinni, Bartimaeus.

The characters are so brilliantly written that you do find yourself cursing their more stupid decisions – of which there are many. And the way the author uses footnotes is hilarious. It’s got gargoyles, demons, djinni, deceit and double-dealing, set in an alternate version of Britain.

What’ve I missed? Any books for geeks that really ought to be on this list? Let me know!

Also a quick reminder that it’s Geek Week over on YouTube so I did a special post for the Stripes blog and even better is there’s a giveaway!  Stripes are giving away both the Geekhood books SIGNED (by me obviously) and all you have to do is tweet them a photo of yourself doing something geeky with the hashtag #Geekhood .

3 thoughts on “Top 5 Books for Geeks”